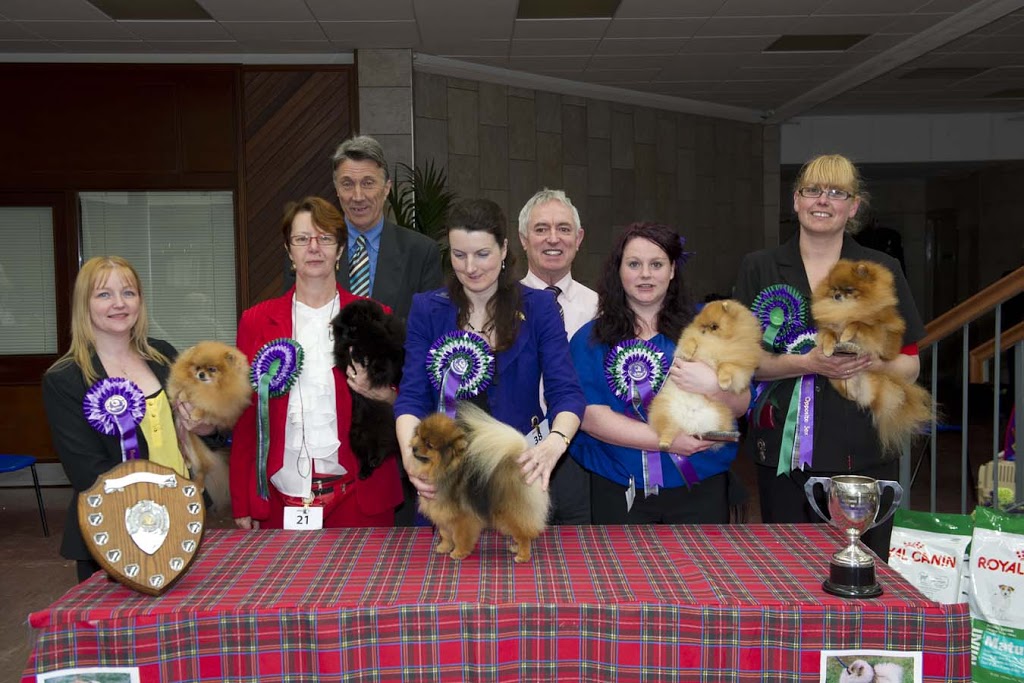 The judge was Robert Niven-Lewis (Rostellar). Steward, as usual, was Dick Morrison who did his customary excellent job.

Best in Show,  and gaining his “crown” on the day was Maureen and Caroline Odd’s Our Ambassador at Trenarwyn. Bitch C.C. and B.O.S. was Nicky Worthington’s Ch.Brybett Camelia at Nyellastock. RDCC and RBIS was Rena and Lorna Carrigan’s Carripom Zachariah, RBIS Lyn Fox’s Parapom Mark of Distinction. BPIS went to Tina Holman’s Aizens Black Thunder at Altina.

There were many admiring comments on our new mats and ring decorations. Co-incidentally the new mats were an excellent match for the outfit of the BIS handler!

Our thanks to all exhibitors for their support, especially to those who made the long trip from the south.  Hope to see you all again next year!  Thanks too for the generous support for the W.A.G. raffle helping to enable them to continue their good work against  Puppy Farms.”

Our next show will be held on Saturday 25th August (Judge Michaela Hills). August SKC is the following day… we hope to see you all then!